Alex Ling will be remembered for his generous spirit, his helpfulness, his unique, distinct sense of humour, and his passion for life. His ability to overcome obstacles and cross barriers to bring people together in community is also part of his legacy, as well as his close business relationships. Many of these relationships developed into lifelong friendships. His legacy will also continue through businesses worldwide, as he ensured the survival of the Business Improvement Area movement around the world. But Alex was absolutely at home when he got behind the wheel of the many automobiles he had the blessing to drive. Cars were his passion, which he shared with his beloved wife Helen, who will truly miss him.

Alex was born in Melbourne, Australia, the oldest son of Edward and MingHui (Chai) Ling. He grew up in Shanghai and in April 1950, at the age of 17, Alex immigrated with his family to Canada. He studied in Toronto and then in Orangeville while he managed and worked on his father’s farm. After completing his studies, he joined his father back in Toronto where they operated the family’s oriental wholesale importing business, “Oriental Arts Trading Company”. In the mid-1950’s, they opened their first retail store, “Ling’s Importers”, on Yonge Street, north of Eglinton. They then moved their store to 103 Bloor Street West near University Avenue.

In 1957, he married his beautiful bride, Helen Lowe, at Knox Presbyterian Church in Toronto.

Shortly after moving into the neighbourhood, Alex was invited to attend a meeting for the businesses of the Bloor West Village area. He was invited by Neil McLellan who shared his vision for the neighbourhood as a Business Improvement Area (BIA). Shortly thereafter, Alex found himself on the board of the Bloor West Village BIA, the first BIA in the world.

Over the years, Alex followed the BIA concept to promote the Bloor West Village area. He was involved in numerous initiatives such as events (including festivals and sidewalk sales) and beautification projects (including banners, tree lighting, flower planters, and benches), all of which were well-received by the businesses and local residents. This led to Alex being elected as Bloor West Village’s Chairperson in October 1979. He continued to spearhead countless initiatives to promote local businesses, ensuring that both local business owners’ and residents’ voices were always heard.

The success of Bloor West Village as a BIA was clearly evident. Its model was mirrored through the establishment of additional BIAs throughout Toronto. Recognizing the need to unify the voice of Toronto’s small businesses, Alex established the Toronto Association of Business Improvement Areas (TABIA). It promoted successful BIAs in the city by facilitating the exchange of information, experiences and ideas, helping small businesses thrive.

Alex was a man of foresight. He consistently developed new ways to promote small business and improve the customer experience, but also had the vision of environmental responsibility. In 1990, Alex led the Bloor West Village BIA into a new era by implementing the first blue box recycling program for businesses. He was also instrumental in converting tree lighting into solar power and thus retired over 45 hydro metres. He also led the conversion of gas lamps into solar power, ensuring that the Bloor West Village BIA was not burning fossil fuels.

Alex’s contributions to Canadian society led to a number of prestigious awards including:
• 125th Anniversary of the Confederation of Canada Commemorative medal by the Governor General in 1992
• The Civic Award of Merit by the City of Toronto in 1997
• Outstanding Canadian by the Outstanding Canadian Foundation in 2000,
• Queen’s Golden Jubilee Medal by Her Majesty Queen Elizabeth II in 2002
• Queen’s Diamond Jubilee Medal by Her Majesty Queen Elizabeth II
• 20-Year Pin for the longest serving member of the 11 Division’s Community Police Liaison Committee by the Toronto Police Service
• Life Time Achievement Award by the Ontario Business Improvement Area Association (OBIAA) in 2008

On March 3, 2005, Alex’s 30 years of volunteering and activism was honoured by the dedication of a fountain in his name at the corner of Jane and Bloor.

Today, Toronto’s distinct neighbourhood BIAs owe much of their success to this small business icon who truly believed that successful local business enterprise comes from developing connections between business owners and its customers. Although Neil McLellan is the founder of the BIA movement, Alex Ling is the man who ensured its survival.

From his youth, Alex was always singing. He sang in choirs and did solos both at school and in church. He enjoyed singing throughout his entire life, up to and including this past year.

Alex’s passion for cars is well known. People have said that he was born with a steering wheel in his hands. In the late 1950’s, Alex purchased a DKW, an uncommon German sedan. Relationships were developed with other DKW owners and Alex joined the DKW Club. The DKW Club became the Fiat Auto Club and then became the Toronto Autosport Club (TAC). For his commitment to TAC and for his long service as treasurer, he was awarded a lifetime membership in TAC and was given membership #1.

Alex’s passion for cars continued throughout his life. In 1995, Alex, along with Helen, started their participation in the Great Race, a race across North America for prewar automobiles. They were awarded the trophy for the Spirit of the North-East for their extraordinary commitment and determination, as they had registered for the Great Race even before acquiring a prewar automobile.

Alex’s passion for life and love for God will continue to be with each of us. We hope and pray that God will use Alex’s love for each of us to bless others as Alex did so. To God be the glory.

“It’s not the years in your life, it’s the life in your years!” 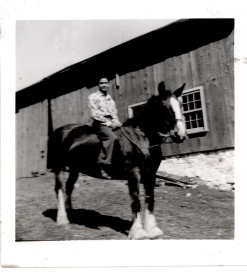 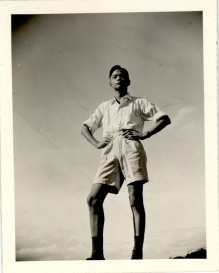 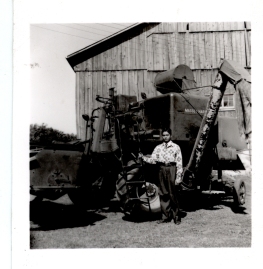 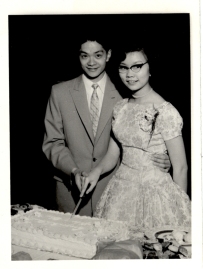 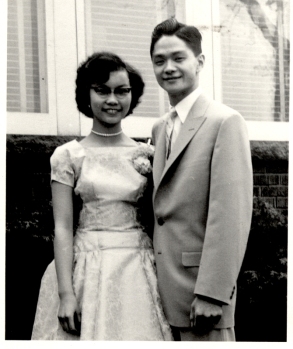 With the Packard in Ottawa 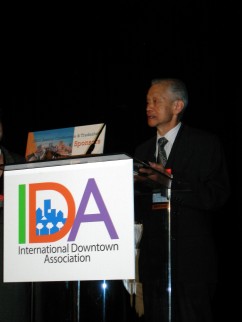